Home Uncategorized Why are stocks tanking after the new QE announcements? 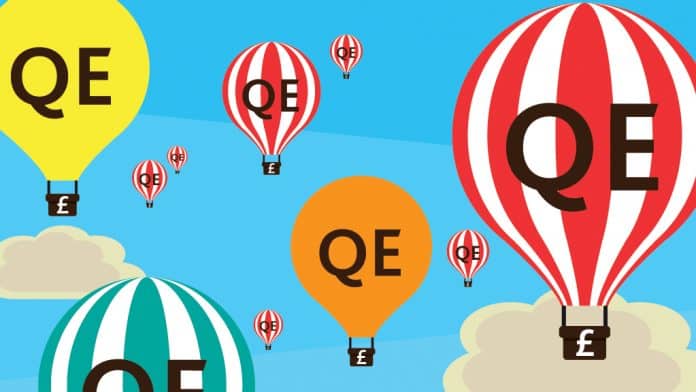 Last Sunday just as the markets were opening the Federal Reserve announce a massive new round of QE with at least $700 billion of asset purchases and slashed interest rates to zero just a few weeks after the last rate cut of 50bps. This is unprecedented, a 150bps cut within a few weeks a massive asset purchasing program and an additional $500 billion in overnight repo funding.

Yesterday the ECB announced it will begin a new bond purchasing program worth €750 billion after an emergency meeting on Wednesday. The benchmark interest rate in the Euro zone is already at 0 percent. Going to negative rates is a whole other animal.

Let’s start by understanding what this all means. 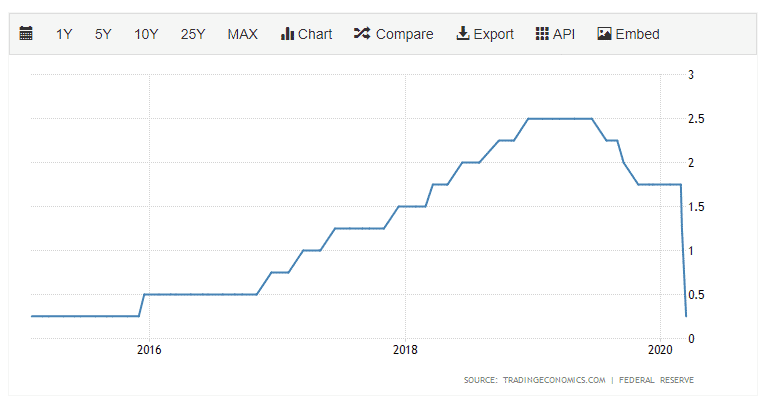 Quantitative Easing is a monetary policy where Central Banks buy a predetermined amount of government bonds or other fiscal assets from commercial banks to increase the money supply and liquidity into the economy.

This is called ”printing money” which they absolutely don’t do because printing new currency and adding it to the economy would have a massive inflationary pressure and would ultimately be counter productive.

In layman terms, Central Banks buys government debt from commercial banks so their liquidity is high enough so they don’t have to lower their availability to credits. Remember that in a modern economy, what drives to a recession is the lack of credit, nothing else. Access to credit boosts consumption which boosts manufacturing which boosts job creation and wages which boosts consumption. Access to credit maintains this circle alive and this is why Central Banks enforce this monetary policy in times of economic depression.

The other part of this policy is rate cuts. We are not talking about the commercial interest rate that applies to your credits. This is the interest rate at which depository institutions (banks and credit unions) lend reserve balances to other depository institutions overnight. Cutting rates to zero makes borrowing money practically free for commercial banks. This, again, is designed to inject liquidity into the economy and stimulate economic growth through credits and investments.

Now that we understand what Central Banks around the globe are doing we can ask the million dollar question; why are markets not reacting to these policies announcements?

After the Coronavirus outbreak turned into a pandemic global equities started to tank hard. The SP500 dipped 33%, The Dow Jones went down 36%, the DAX crashed 42%, etc… The entire world was panicking, investor’s money fled to Gold for safe heaven and at the time global equities were tanking gold appreciated around 8%. Something had to be done to stop the bleeding, This is when Central Banks intervened.

Normally, with such massive programs announced markets should calm and the panic mode should deactivate because of the trust investors have in Central Banks. This was not the case.

Global QE efforts to stabilize the markets are not working like they did in 2008 when the housing bubble burst. The main reason is that the Coronavirus has turned into a Pandemic that has put in halt all major economies. This will have deeper repercussions in the labor markets and inflation. The job loss will be devastating, companies will have to reduce their staff, reduce production sizes, wages will be lost and there is no clear time line to when this will be over.

In my opinion, we will see some kind of recovery once actual liquidity starts to get pumped into the economy, not before. Right now confidence in Central Banks is low due to the inevitable bubble that just burst. Now we can all see the elephant in the room, and that elephant is the last bull market which was completely and utterly fabricated by Central Banks.

A hint of an incoming QE will not do the job. We will have to wait until the actual policy starts to work and that can and will take some time.