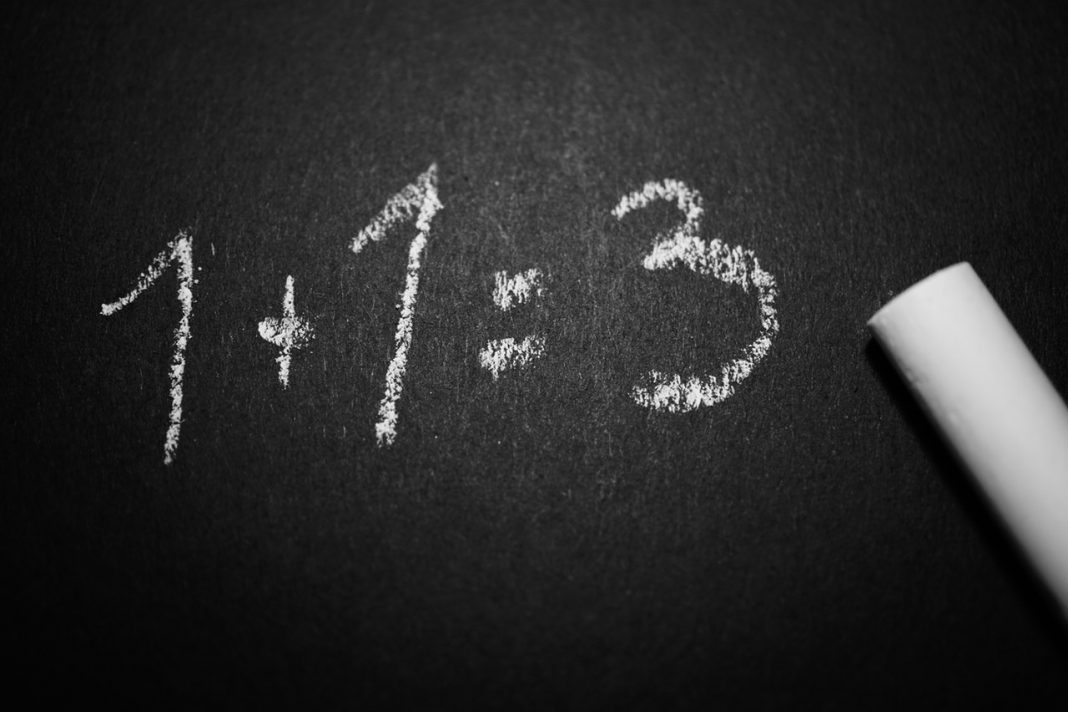 In this article, we want to show you a trade in US government bonds. To make this trade, you need to understand and pay attention to the yield curve. Trading the yield curve is one of the most advanced methods.

Current yield curve in the US

The current picture of the yield curve in the US looks like this: 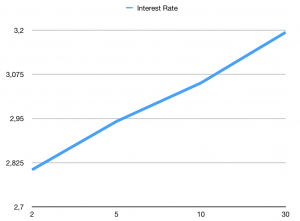 The individual interest rate differentials between the different maturities of US government bonds are very small. The reason is that the US Federal Reserve has steadily raised interest rates in recent months. This caused an increasingly flatter yield curve.

In the following overview you can see where the current interest differential level is classified historically: 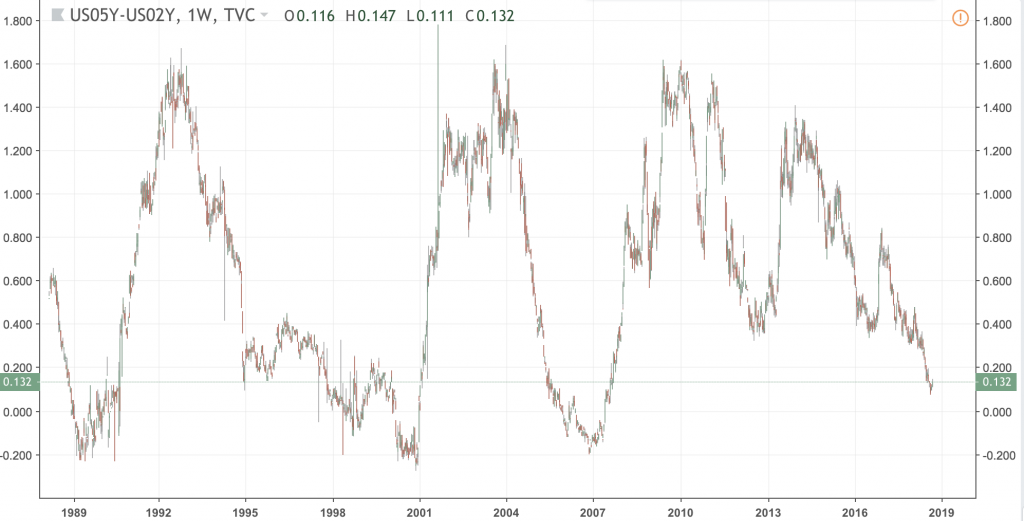 We’re betting on the interest rate differential between the two-year and five-year US government bonds widening again. This can happen in 3 different ways:

From a current perspective, scenario 1 is most likely. However, we will benefit from every scenario.

To construct the trade, we must consider the inverse relationship between price and interest. It is worth noting that you can learn more about this topic in our course. 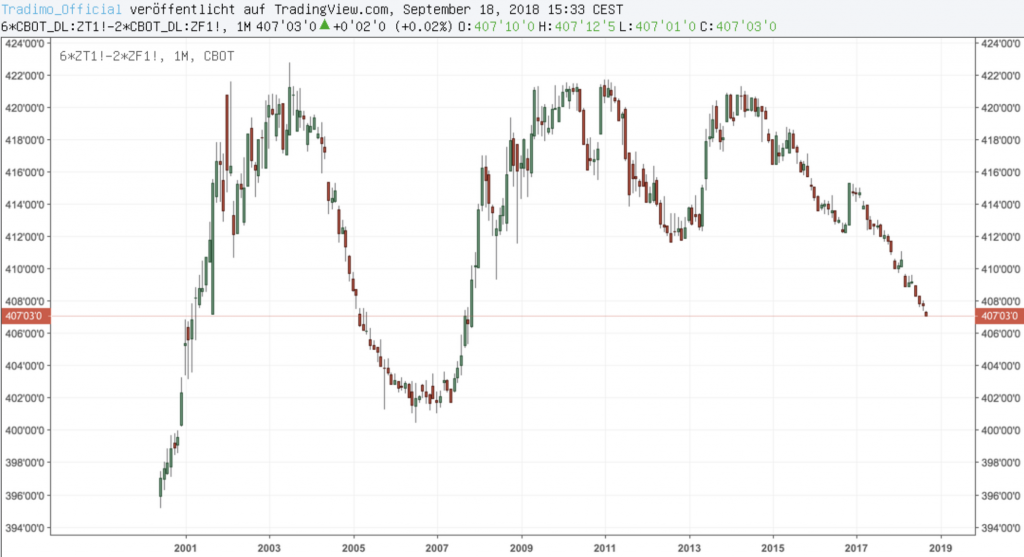 We currently want to buy this spread at 407 and are still waiting for the fill.

Crash as a bonus

Should there be a major stock market crash in the next few weeks or months, this trade is likely to benefit most. In the following chart, the last two crashes on the stock market are marked in red: 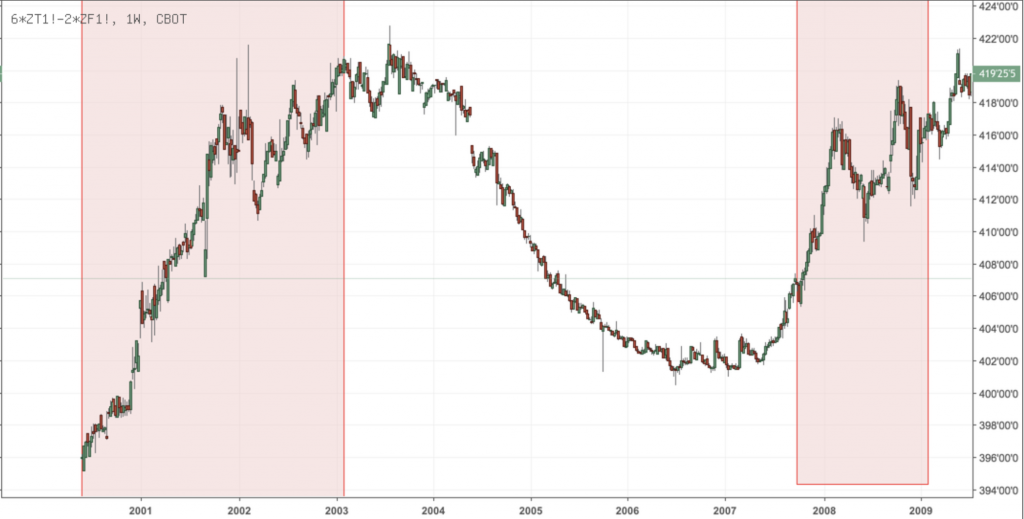 As a result, this trade is also a nice hedge for our equity investments in our Tradimo real money account, which currently stands at $126,000.

How can I quickly get notifications about such trades?

In our chat and signal community, you can immediately learn about our trades and discuss ideas and trades with us and other traders.