After July continued to be solid, the first days of August caught us off guard, as the markets went a bit crazy and volatility significantly increased. Many of our positions had to be closed after a very short period with a loss, and our hedge trades did not come to fruition, because the “crash” was too small and recovered quickly.

If we sum up all realized trades, the result is a loss of $5,502.03. In summary, our hedge trades did not work out at all and took us into the red in August.

The following picture shows when we compare our real money account with the known benchmarks:

These positions are currently open: 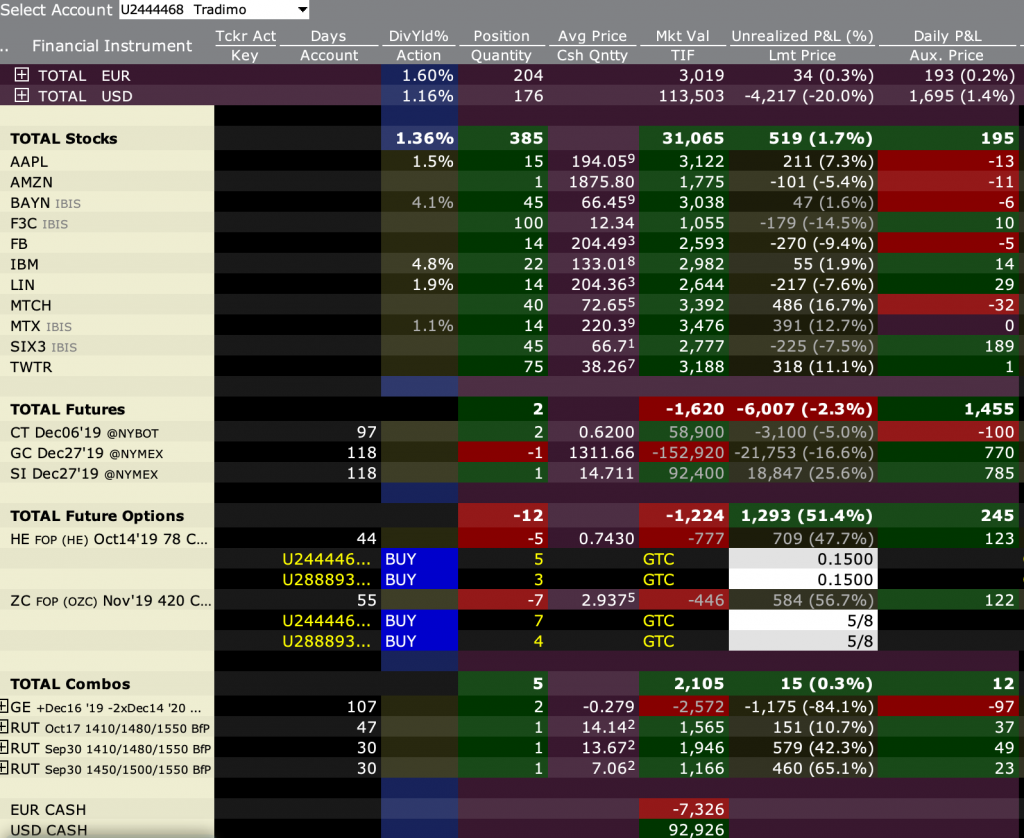 There is not much to say about the current positions because all problem positions have already been closed (hedge trades). Our gold-silver spread has been running hard against us in the meantime but has returned to its old path.

Here you can find the individual reports of our real money account of the last 3 months: