Home Commodities The relationship between the oil price and inventories 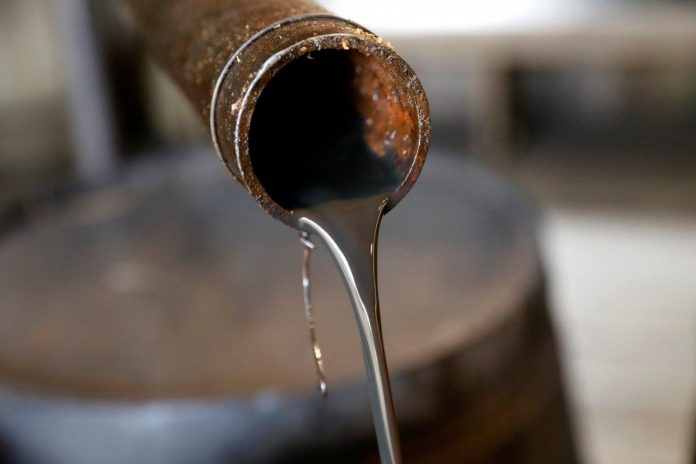 It’s been a while since we last spoke on oil, so here’s something for the crude enthusiasts. The EIA (Energy Information Administration) has announced on Wednesday that US crude oil inventories have dropped by 12.8m barrels from the week prior. WTI (West Texas Intermediate) advanced to its highest value of the month, rising by 3% to over $59 a barrel in afternoon trading.

Crude oil and later, refined petroleum products are used for transportation, heating, electricity and various other oil-based products. Petroleum is the major cost of transportation and is included in the cost of goods we purchase. Higher oil prices sometimes lead to high inflation or even stagflation, which is inflation, coupled with stagnant economic growth.

US crude oil inventories (reported by the EIA) and the price of WTI crude oil have a close relationship.

Here is a graph plotting the price of WTI against US crude inventories (inverted values). In the past 9 years, they have had a very close correlation of -0.855. Looking closely at the graph, we can see that in most cases inventories can actually be seen as a leading indicator of oil prices. They generally tend to precede changes in prices, in the medium term. An even closer look will reveal that it generally takes a few months for prices to fully react to changes in inventories. It can be a very useful insight for those interested in predicting the medium-term oil prices. However, there are many caveats and details that need to be taken into consideration, such as the fact that you will have to wait a few months for prices to react to significant changes in inventories. That means taking a large time risk if you were to simply invest in oil futures.

In Figure 2 we can see the 3 times in the last 9 years there have been draws in oil inventories of more than 12k bbl. There is generally a lot of noise in weekly inventories. Looking at the numbers, in both previous large drawdown cases, the following week’s announcement was a buildup in inventories. While that may not be a pattern, it does indicate that markets might have overreacted. That said, some say that the last two consecutive drawdowns come with stronger demand from the US and China. Also, US shale oil production is leveling off. However, it is extremely difficult to make a medium-term decision based on just 2 recent drawdowns, after a long period of build-ups.

WTI is currently testing resistance at $59.30, the nearest significant support is at around $57. RSI is in the normal range, at almost 62.