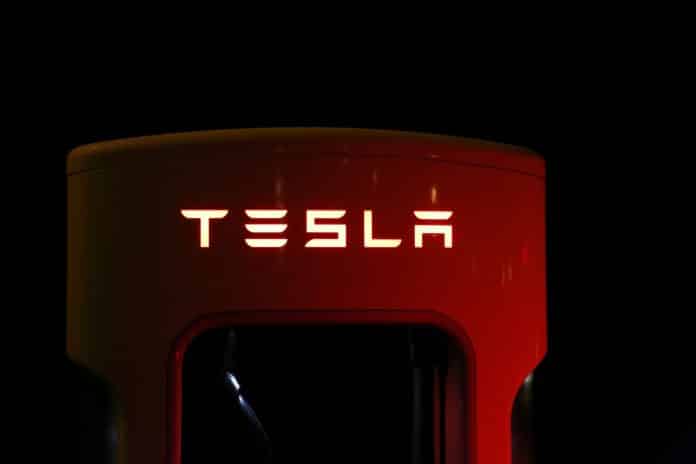 Tesla has started a real firework over the past few months and has grown by more than 500% in just 4 months. When a stock rises so quickly, many traders ask themselves where to place the stop loss and take profit. Support and resistance are generally used for this. The general procedure often leads to 2 problems with a very strong price increase:

Tesla at a record high

The recent price increase has cooled somewhat to almost $1,800 and Tesla is currently trading at $1,546 (as of July 15). Usually, you take a resistance for a take profit to get out of the positions or at least to close parts (scaling out). If a stock, like Tesla, is at an all-time high, there is no resistance to draw on.

Alternatives to Resistance as Take Profit

In this article, we want to focus on chart technology and the methods to be derived from it. This means that fundamental data are left out.

There are 3 options for course levels as take profit on assets at the all-time high:

The Fibonacci Extension Level is the extension of the well-known Fibonacci retracement level, which many traders like to use. These extensions indicate where resistance could arise in the future when calculating the Fibonacci methods.

Round numbers are numbers that represent a special psychological brand due to their numerical value. So 10, 100, 1000 etc. are striking course areas. At Tesla, the next milestone is the $2,000 price mark.

If you look at the two approaches mentioned in the chart, the following picture emerges: 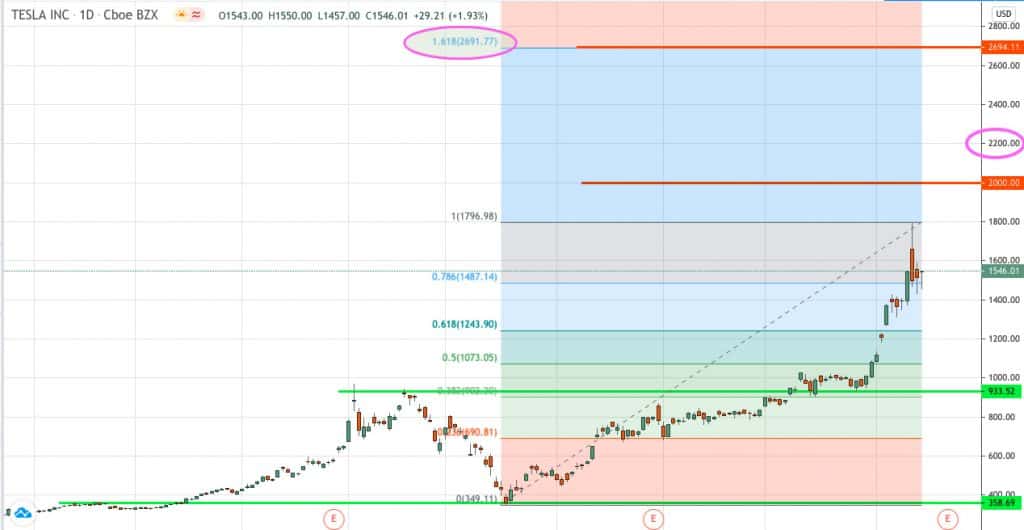 Tesla rose very quickly in a very short time and did not develop any swing lows in the upward movement, which can now be used as a sensible stop loss level. If you want to put the stop loss under the last support, you accept horrendous losses. The following chart shows support levels from Tesla: 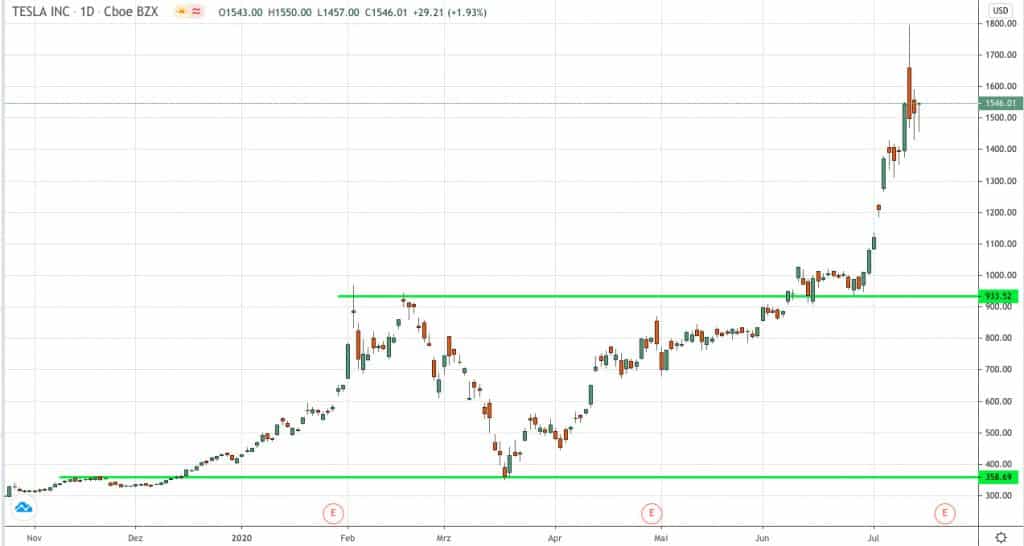 We are currently trading at $1,550 and the last useful support on the daily chart is around $930. You could certainly place the stop there and accept a 30% loss in price, but there are other methods.

Many traders have no take profit at all because they don’t want to curtail their profits. This is especially true for traders who trade trend following systems. Limiting losses and letting profits run is the top priority for trend followers. Traders who trade trend-following systems generally only have a hit rate of 30%. They rely on the few winners to make a lot of money.

Now we have already determined above that you cannot currently place a meaningful stop at Tesla with the help of a support. So we have to resort to another method. Here the consideration of inside Bars and outside bars comes into play.

An inside bar is always enclosed by an outside bar (which previously occurred) and must not be used to set a stop.

An outside bar always encloses at least one inside bar (which follows directly). The outside bar itself is also not used to set a stop.

Stops are only placed at the bottom of a candle that is neither an inside nor an outside bar.

Let’s take a look at the concept using the example of Tesla: 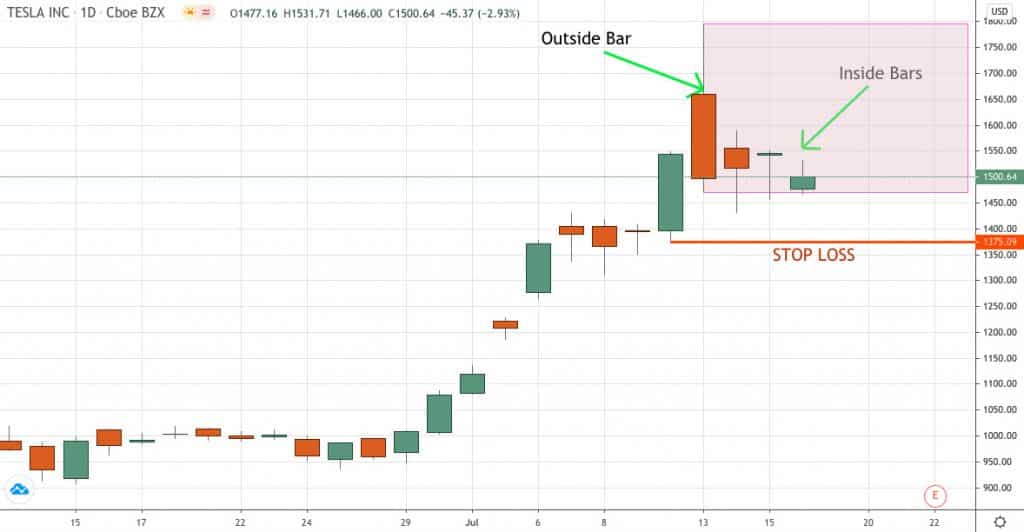 So the stop is currently $1,375. Only when a candle closes above the red box do you use the low of this candle to place the stop there.