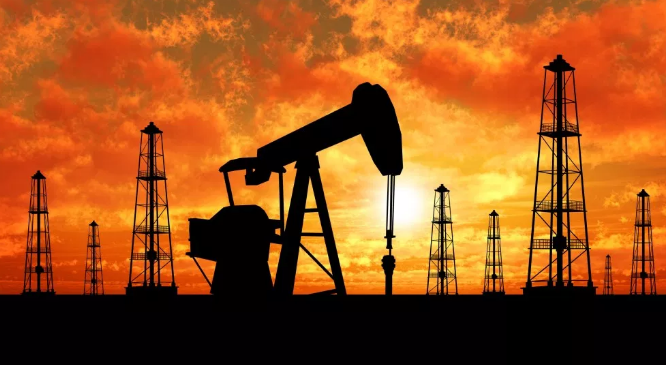 Yesterday Venezuela’s crude oil production fell to the lowest level since January 2013, that’s a 16 year low, not only that but Saudi Arabia’s oil output fell to 9.79M B/D in March versus 10.14M B/D. All in one day, 2 of the largest oil producers announced a drop in their output. The OPEC also announced that they were thinking of pushing the date of their Vienna meeting from June to July. All considering, we saw a very bullish day in crude once this news hit the wires live during the Daily Edge. 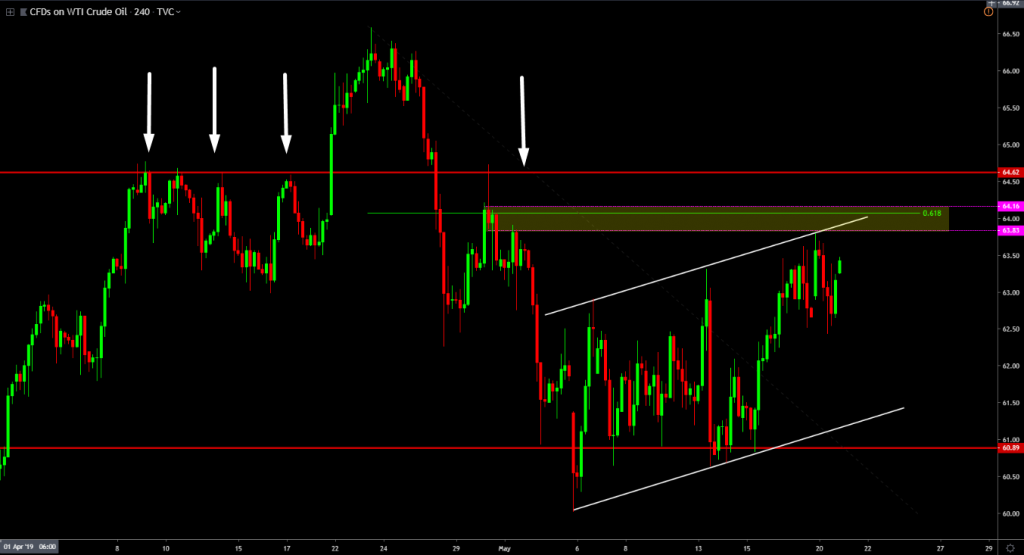 Now to some technicals. The move to the upside is still capped by the 61.8% retracement of the entire move down, which confluences with the previous area of resistance around the $64 level. If we look closely price action seems to be trapped inside a big bear flag (white structure) also capping itself at the 61.8%.

This is all true but we must see beyond this and look at the bigger range we have been trading in for a while now (red horizontal lines). Buyers are found at the $61 level relentlessly and sellers are known for protecting the $64.50, so unless we break above the $64.50 the news on the falling output of these 2 countries is not driving price.

The Vienna meeting is around the corner and we should really be excited about it because it’s the event that going to give us direction for the next couple of months.

We all remember what happened after the last OPEC meeting in December when price bottomed around $42, then when it rallied for almost 5 months to $66. So yes, the OPEC meeting is key.