Home Stocks Should you invest in the S&P500? 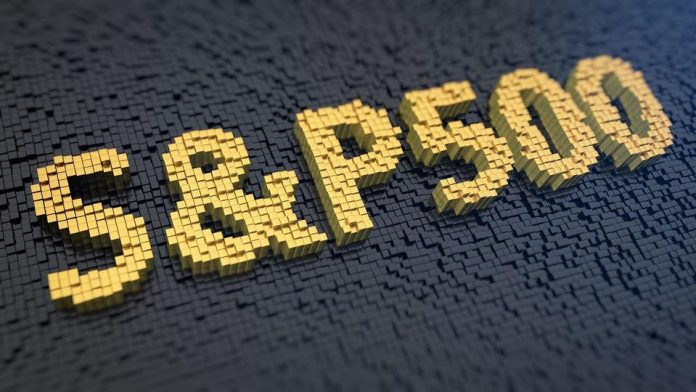 The S&P500 index has risen by more than 15% year to date and it’s currently priced at near all-time highs. As Q2 earnings season comes closer, will the S&P500 reach new all-time highs? Or will it settle for a correction?

Equities are one of the most popular investments for investors and are well sought after. The S&P500, along with the Dow Jones Industrial Average are two of the most tracked indices in the US. The S&P500 index is usually seen as a benchmark for the state of equities in the US.

The earnings season is just around the corner. Many companies will be reporting their Q2 earnings within the next few weeks. While the results are unknown, it is interesting to look at the guidance some companies provide on their EPS. As it turns out, a total of 113 S&P500 companies have issued EPS guidance for the upcoming quarter. Out of them, 87 have issued a negative, and 26 – a positive EPS guidance. If 87 is final, it will be the second largest number of companies with negative EPS guidance since 2006 (as started to be tracked by Factset). 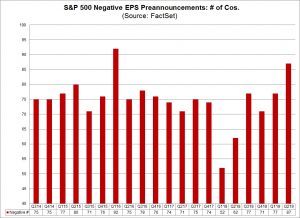 Another interesting indicator to look at when talking about stocks is the Shiller PE ratio. It basically takes the market valuation of the S&P500, adjusts it to inflation, and divides by the average inflation-adjusted earnings within the last 10 years. As we can see from the graph below, the Shiller PE ratio is rather high, meaning that stocks, in general, are quite overpriced. And since they are overpriced, as usual, higher current valuations lead to lower future returns.

Another interesting piece to the puzzle is the actual inflation-adjusted earnings themselves. As we can see from the graph below, the last 2 quarters saw a slowdown of real S&P500 earnings. With US-China trade war in full heat, it’s hard to expect that companies have not taken damage to the bottom line.

Finally, as we have discussed in the previous article, the market expects the Fed to cut interest rates in the next upcoming July meeting. While the Fed itself has not explicitly said so, one of the pieces of information they look at might just be corporate earnings and the S&P500 itself. In case they come out weaker than expected, I’d expect that to impact on Fed’s decision come July 31st. In that case, the markets would most likely be pleased with the cutting of rates.

So, what does this all mean? While it doesn’t mean that the S&P500 will not reach new heights on the earnings season, quite simply, in my opinion, there is more downside than upside to investing in equities at the moment. However, the biggest unknown in the equation is the Fed’s decision. If they decide to cut or even hint at cutting interest rates, that is probably going to add some momentum to equities.

The S&P500 is currently trading close to the only resistance level of around 2955. The nearest support is around 2900. RSI is in the normal range, at around 62. 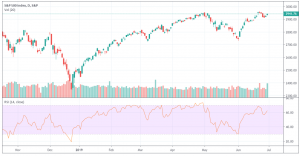