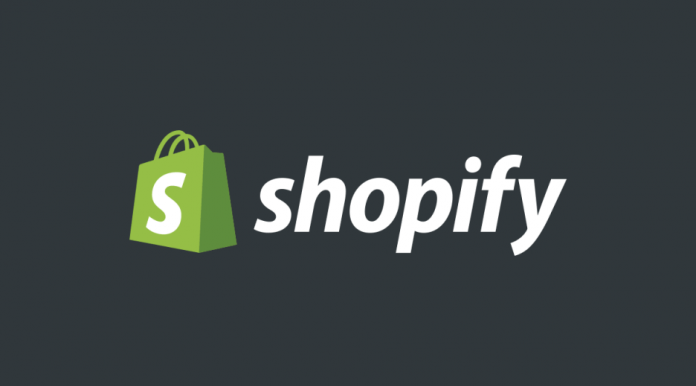 It’s no secret Shopify has been one of the hottest stocks lately. The stock price has had a staggering year, having risen by more than 100% within the last 6 months. The stock price has recently reached its all-time high, rising almost 8% last Wednesday. And it’s no surprise – similar to Facebook’s recent announcement on Libra, investors are excited about Shopify’s recent announcement which basically opens new doors for the company and puts it at a competition with Amazon.

Shopify’s recent announcement and the 6-month rally of the stock price are impressive, to say the least. However, it also raises many questions as to how sustainable this upswing is in the long term. Also, how to go about playing it for investors and traders?

Last Wednesday Shopify announced it would make some key improvements to its already fast-growing business. They are an overhaul of its Shopify Plus platform, additional global features, an updated online store, and most importantly, the decision to launch a fulfillment network. At the core of the latter will be machine learning that will help predict which fulfillment center is the closest. It will help optimize the inventory levels, eventually driving down delivery costs. This makes for a good value proposition even against the online giant Amazon. No wonder investors were excited by the news, as it may allow Shopify to take a piece of a very large market.

That said, there are some key risks facing the company. First, the company’s P/S (Price to Sales) ratio is almost double of its nearest competitors. 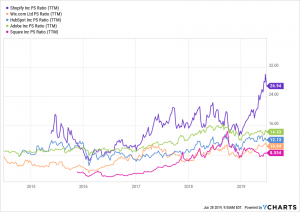 Shopify did put up very strong numbers as of late, with its FY19 Q1 revenue rising almost 50% compared to the previous quarter. However, given the experience of hot, fast-growing companies such as Tesla or Nvidia, one should be cautious about the sustainability of such high growth in the long term. Moreover, SAAS companies such as Adobe, Intuit, and Salesforce have net profit margins of 25%, 42%, and 10%. If we give Shopify a moderate net profit margin of 30%, given the company’s own expected $1.5bn revenues for FY 2019, that puts the company at 83 x FY19 Earnings, which is extremely high-priced. Although the company keeps investors excited, look out for major setbacks in case of future growth weakens and high expectations dissipate.

There is strong resistance at $168, and strong support at $121, which are both well below the current Shopify’s price of $300. RSI in the normal range, look out for a major correction in case Q2 doesn’t meet expectations. 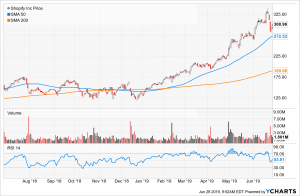