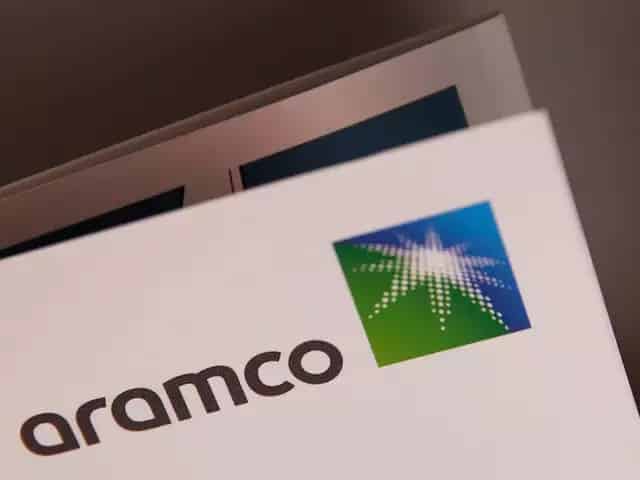 More than three years after Prince Mohammed bin Salman first raised the idea, and after some delays, Saudi Aramco announced its intention to go public and list shares on the local stock exchange in Riyadh. The company’s shares are expected to start trading sometime in December.

There were a total of 190 IPO’s in the United States in 2018, according to Statistica. New IPO’s do get announced daily in the world. However, today, Saudi Arabia announced the IPO of the world’s most profitable company.

Saudi Aramco accounts for around 10% of the global oil supply. Its importance has been underlined in the last attack against Saudi Arabia. Oil prices have shot up at historical rates and left the markets scrambled. Saudi Aramco is also the most profitable company in the world. Its net income in 2018 was $111 billion. That is more than Apple Inc., Google’s parent Alphabet Inc., and Exxon Mobil Corp. combined. 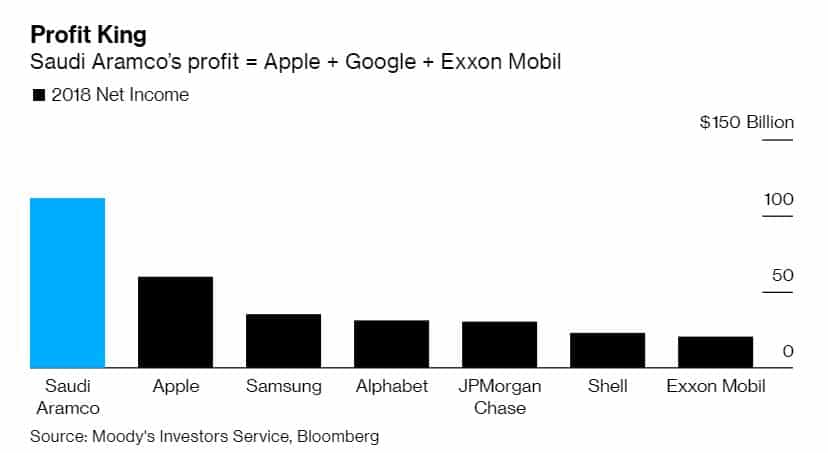 It initially was targeting a valuation of $2 trillion, twice that of the market cap of Apple. However, it is now ready to accept a valuation within a range of $1.6 trillion to $1.8 trillion to ensure the IPO is a success. The offering is part is Saudi Arabia’s plan to diversify the country’s economy away from oil. The proceeds from the IPO will boost the firepower of the country’s sovereign wealth fund, which has its investments managed by Blackstone Group LP and SoftBank Group Corp.

Aramco earned a net income of $68 billion and generated $244 billion in revenue and income related to sales in the first nine months of the year, it said Sunday in a statement. It expects increasing its capital expenditure, to $35-$40 billion next year, and to $40-$45 billion in 2021.

Saudi Aramco plans to pay $75 billion to investors in dividends, in addition to any special dividends. That company has also considered raising that to $80 billion. At $1.8 trillion that would mean a yield of 4.4%. That is a decent payout in a low interest-rate environment. However, it is still lower than what Exxon Mobile’s investors are getting, which is a 5% dividend yield. Shell has a dividend yield of around 6.4% currently.

A listing this year would come as global energy companies are under pressure, trying to navigate an environment of lower oil and gas prices, and weaker demand. It also comes as the world’s energy majors are under pressure from investors to take greater responsibility for their role in causing climate change. Saudi Aramco’s production costs are amongst the lowest in the world, which it believes to hold true in the future as well.

Banks say there is high enthusiasm amongst the local investors with regard to Saudi Aramco’s IPO. Local banks are expected to lend heavily to enable Saudis to buy shares. This is important because domestic investors expected to comprise the bulk of the offering. Also, bear in mind that since it is an international offering, it has many implications for traders.