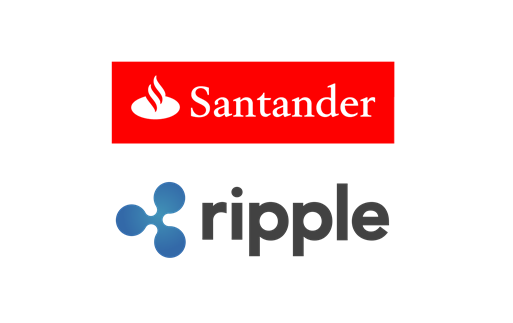 The app simply referred to as Pay will be released in Spain, Brazil, the United Kingdom and Poland. It will provide users with a digital wallet and a personal finance manager, it will also enable users to do cross-border payments in less than a minute. A spokesperson for Santander indicated that the app runs on the xCurrent software.

xCurrent is a Ripple software solution allowing banks to settle cross border payments. Financial institutions are able to message each other, in real-time, to confirm payment details in order to initiate a transaction while also to confirm delivery of a payment upon completion.

“We expect to be one of the first global banks to roll out Distributed Ledger Technology based payments for individuals” said another spokesperson for Santander. It is rumored that Santander has been testing the app for 18 months with the help of its employees. The testers used the app through Apple Pay to send or receive amounts ranging from £10 to £10K.

As reported by CCN Santander was initially testing the app in GBP, EUR and USD.

Not the first partnership for Ripple

While this blog post was being written, Ripple was announcing a new partnership with the Chinese payment services provider LianLian. The Chinese company will be joining RippleNet, the payment network using Ripple’s blockchain technology, in order to minimize the time of their cross-border transfers.

Arthur Zhu, chairman of the board of LianLian International said in a statement: “LianLian International is a leader in the payout experience both into and out of China, as evidenced by the large number of our merchants and partners. With RippleNet, we will further enhance that experience and increase our market share by offering customers instant, blockchain-powered payments across the 19 currencies that we currently support.”

This partnership will enable existing RippleNet members across the globe to connect with the Chinese market.

Less than a month ago, Ripple announced another partnership with the money transfer giant MoneyGram. MoneyGram has been testing the use of XRP, Ripple’s digital token, in their payment flows through xRapid. xRapid uses XRP to offer on-demand liquidity for real-time payments made by banks or payment providers. It is an efficient, reliable and scalable liquidity-option.

Mr Garlinghouse said at the time:

“The inefficiencies of global payments don’t just affect banks, they also affect institutions like MoneyGram. … By using a digital asset like XRP that settles in three seconds or less, they can now move money as quickly as information.”

A Japanese bank consortium and two South Korean banks announced that they will be joining RippleNet few months ago.

The 61 Japanese banks, making the bank consortium, and two of South Korea’s major banks – Woori Bank and Shinhan Bank – agreed to test xCurrent for cross-border payments. The move, if successful, is expected to decrease the cost of money transfers between the two countries by 30%.

XRP and BTC took a bad hitting following news that South Korea could ban trading of Bitcoin. The minister of Justice, Park Sang-ki indicated at the time, that the government was preparing a bill to ban trading of the virtual currency on domestic exchanges.

Market experts are certain that the final bill will be about the closure of unregulated exchanges and not about the absolute banning of cryptocurrencies trading.

Although the ban hasn’t been enforced yet, it is not clear whether the Japanese and South Korean banks will keep running the Ripple project.