LAPO Coin’s Stability Fund aims to take the concept of a stable coin to the next level. Stable coins are less volatile cryptographic assets which aim at promoting the use of cryptocurrencies as a means of payment in everyday life.

Cryptocurrencies continue to be one of the most promising innovations in recent history, with each day taking us closer to the possibility of practical virtual currency for the daily, average user. The last two decades has witnessed a surge of highly competitive cryptocurrencies that are quickly advancing the industry to unprecedented heights.

Just like with any giant technological leap, the market continues to face a number of challenges with the most significant being the perpetual ‘instability’ challenge. Stability is almost everything for any currency to be relied upon by investors and daily users. It is generally hard to trust and rely on any currency if it keeps on fluctuating significantly in short periods of time, especially for investors and daily users who are looking to get long term benefits from the virtual currency. Thanks to a few dedicated minds which have turned this shortfall into a blessing through the introduction of what are known as ‘stable coins’ such as Tether, MakerDAO or Abra.

What are Stable Coins? Definition and explanation

Stable coins are less volatile cryptographic assets which aim at promoting the use of cryptocurrencies as a means of payment in everyday life.

There are four types of crypto assets.

Stable coins are considered Application Tokens which in turn are part of the Protocol Token Family. To learn more about the four types of crypto assets, Tradimo’s free 30-minute, interactive course is recommended.

The first mechanism involves the use of physical assets whereas the second mechanism uses other more stable cryptocurrencies or real-world currencies as anchors.

One way to stabilise a crypto coin is to tie it to a physical asset whose value does not increase or decrease dramatically. The coin’s value will then be highly correlated with that asset, but still allow the benefits of blockchain technology such as tracking the transactions in a chain.

A funny illustration of this stability mechanism is the following idea by Redditor “squiremarcus”:

The second mechanism uses other, more stable cryptocurrencies or real-world currencies as anchors. A good example is Tether, which is a familiar company to most cryptocurrency traders. The company uses real US dollars kept in a particular account and operates through tokens which are issued to traders. The downside of this approach is that since it operates based on a centralised system, all the shortfalls associated with centralised systems come into play and the user is sure to face the risks attached to such systems.

Stable coins which use other decentralized cryptocurrencies eliminate the risks associated with those which use physical assets like US dollars stashed in bank accounts, while providing a fair share of stability. In other words, the stable coin is backed/pegged with a more stable currency such as bitcoin. The associated cryptocurrency functions like an anchor that provides the much needed stability. A great example is Abra, which functions through smart contracts with Litecoin and Bitcoin thus using the two cryptocurrencies as anchors for enhanced stability. However though they may sound as promising, they are not as perfect, as they have a fair share of exposure to fluctuations which may still affect the stability of their value.

Disclaimer: Parts of this article have been contributed by the LAPO Coin team. This article is not a recommendation or endorsement of LAPO Coin.

What is LAPO Coin? An Introduction

The Stability Fund has the potential to maintain stability through what is known as the Seigniorage Shares concept.

To put the concept in simple terms, the Stability Fund works by auctioning coins to shareholders based on the fluctuation value and the total supply. The auctioning of the coins helps to maintain the price in the desired range after the fluctuation. For instance, following a 15 per cent increment of value per coin, which is valued at 1 dollar, and a total supply of 100. The fund stipulates that new coins worth 0.15×100 will have to be sold to the prospective shareholders. This will increase the total supply to 115 thus restoring the price to 1 dollar.

Whether LAPO Coin succeeds and represents true innovation still remains to be seen. The concept of Stable Coins in any case seems to have come to stay.

Disclaimer: This article is not an endorsement of LAPO Coin or the LAPO team. Should you choose to engage with this crypto asset, you do so at your own risk. 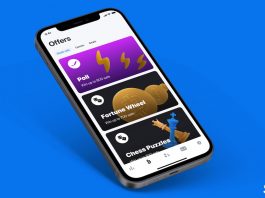 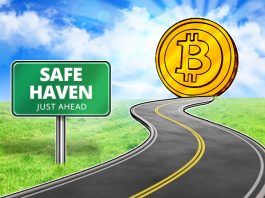