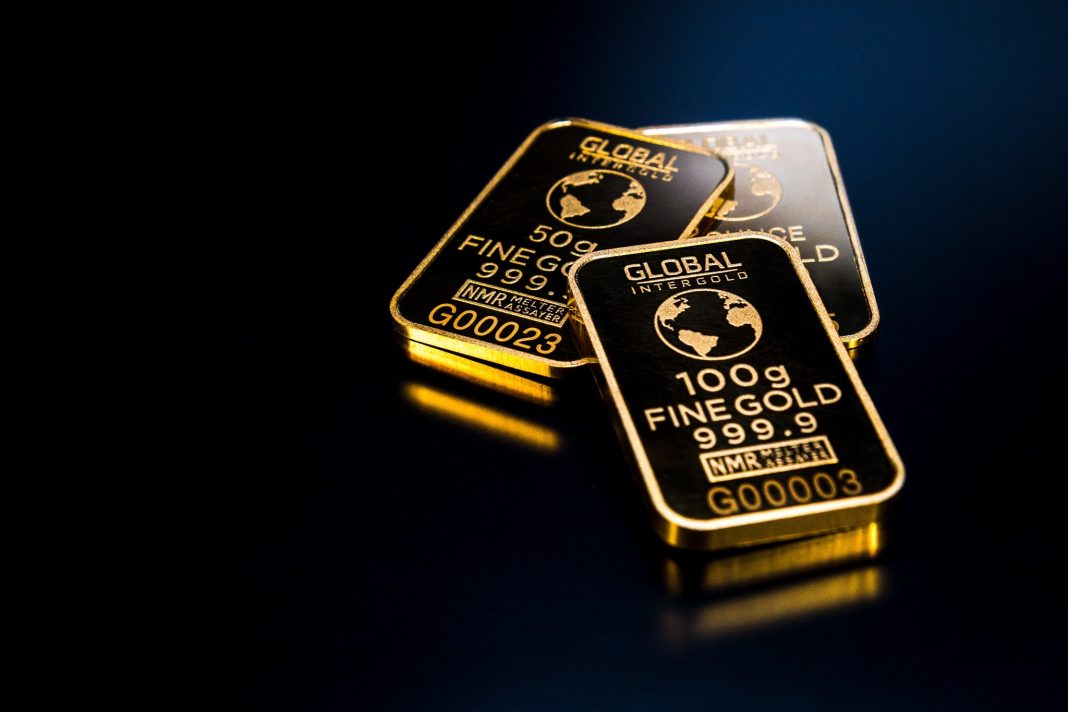 As you may already know from our monthly account update—or because you are already a premium member of Tradimo—we hold a Gold-Silver spread in our real money account. This spread was most recently responsible for almost no change in our account balance in June, even though we made nearly $7,500 in profits. In other words, this spread alone caused a virtual loss of approximately $7,500.

What is a Gold-Silver Spread?

It can be clearly seen that the correlation is largely above 0.85, and we can, therefore, speak of a very high positive correlation. We have now set a spread by shorting gold while being long in silver. Let’s take a look at the spread in price terms:

In the price presentation, we have reached a level that has not been achieved in 40 years. To be fair, one has to admit that the pure price representation is a little distorted, as it does not represent the ratio of the gold price to the silver price acceptable. But if we take a look at the gold-silver ratio, we get a clearer picture. The ratio expresses how many ounces of silver one needs to earn one ounce of gold:

Generally speaking, it is a lucrative trading pot when the ratio reaches 85. Currently, we are at almost 93, a value that was reached almost 30 years ago.

We have held our gold-silver spread since September 4, 2018:

We entered the trade at a ratio of around 85 and have a target of 75. We think gold is overvalued versus silver, or vice versa, silver is too cheap compared to gold.

This is how the spread looks since our trade entry in the price presentation:

To classify the development in $: 100 points equals $10,000. We have accumulated virtual losses of $16,400 since this trade began. That’s nothing to be proud of, but nothing to be ashamed of.

Now you are wondering, and rightly so, why was the trade not closed in line with our money and risk management and thus the account protected? The answer might not be very satisfying: fixed money management is often difficult or even impossible to apply to spread trades since the entry is already in an exploitable extreme range (in our case that was 85). If the trade subsequently develops badly, then this means nothing other than that the extreme becomes more extreme and entry is even more lucrative or in other words an exit makes little sense.

Why are we sticking to the Gold-Silver Spread?

One aspect we have already mentioned in the previous paragraph. Of course, not closing the trade and stubborn “passing through” until you’re right is out of the question. With spread trades, one often sets themself a limit, which regards the entire account, independently of the single result of the trade. Our pain threshold is $100,000. If our real money account falls below this mark, we will close the spread because it cannot destroy the account.

Currently, we are lucky that profits from other trades “finance” the losses from the spread and we still have plenty of buffers.

The potential of the Gold-Silver Spread

We are aiming for a ratio of about 75 and can only roughly estimate what that means in $, as this is also dependent on the individual values ​​in gold and silver. If the ratio reaches 75 then this would mean approximately $22,000 in income from today.

We are holding December contracts and therefore still have a few months left. If the spread does not reach our target by the end of the year, we will most likely roll.