Home Forex German industry slows down as US jobs grow 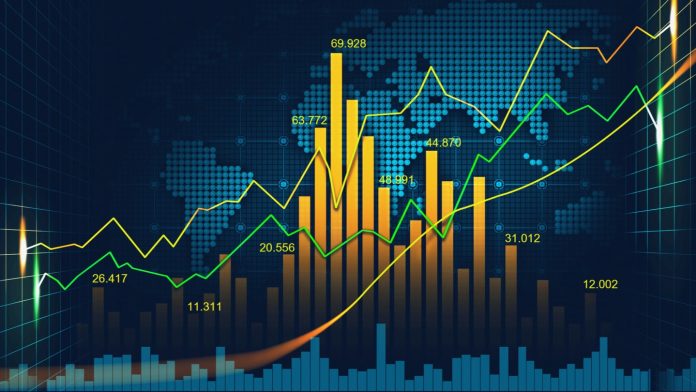 German industry gets hit by the biggest downturn since 2009. German industrial output, which includes Germany’s dominant factory sector, dropped 5.3 percent in October from the same month in 2018, as reported by the Federal Statistics Office. This gloomy figure will likely weigh on the overall Eurozone growth in the fourth quarter. Also, just recently, US non farm payrolls recorded the best increase in jobs in the last 10 months. Nonfarm payrolls increased by 266,000 jobs last month. This pleasantly surprised equity investors, as the S&P 500 index rose after the announcement.

German industrial output is a key metric that shows the health of the German and the European Union economies. This is because in Germany industrial production makes up a big chunk of the overall GDP growth picture. Also, since Germany is the largest economy in the EU, such a slowdown weighs significantly on the overall GDP growth picture of the Eurozone economies and the EU.

Whereas US non farm payrolls is a regular monthly report that shows how many non farming industry jobs were created in the US economy over the past month. Investors and traders tend to observe this figure closely as it signals the path of the US economy. More jobs created means unemployment is falling and the economy is growing.

Germany’s export-focused economy has been hit by the US-China trade war, uncertainty over Brexit and a sharp decline in car industry output, which has been disrupted by new emissions rules and the shift to electric vehicles. The larger than expected drop in industrial output came primarily from the production of capital goods, including tools, buildings, vehicles, machinery, and equipment. The German car industry was the focal point of the report. It currently directly employs around 830,000 people and supports a further 2m jobs in the wider economy. Vehicle production in Germany slumped by a whopping 14.4 percent in October, on a year on year basis.

Here is the German industrial production year on year growth chart for illustration:

The German economy grew by 0.1 percent in the three months to September, barely avoiding a recession. As per Andrew Kenningham at Capital Economics, “The latest data support our view that a recession is still more likely than not in the coming quarters”. That is a frightening prediction that is bound to drag the Eurozone economy down.

The non farm payrolls, on the other hand, pleasantly surprised traders, even though a larger figure was already expected due to more than 46,000 GM workers returning from a 40-day strike. Nonetheless, job creation continued to surprise investors and traders. The S&P 500 index rose on the news, rising by around 15 points shortly after the announcement.

Traders should be careful to trade non farm payrolls in the future, as the US unemployment rate is at historic lows, at 3.5 percent. This means there is less breathing room for further large increases in jobs. Also, the larger than expected increase in non far payrolls does not seem to constitute a stable trend: