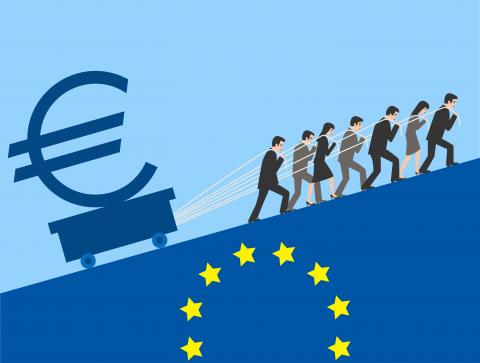 Mario Draghi has recently come out to call for a unified fiscal stimulus effort by the Eurozone members. So did the newly elected ECB president Christine Lagarde. As Lagarde takes over on the December 12th ECB meeting, this might move markets a lot, were she to call for a more coordinated approach to fiscal policy between the member countries and move one step further.

Generally, the economy is moved significantly by two forces, or policies. Monetary policy, and fiscal policy. Monetary policy is pursued by the central banks of the country, whereas fiscal policy is the job of the federal government. Fiscal policy includes developing certain areas of the economy, creating jobs, growth-promoting projects, etc. This can be extremely stimulative for the economy, and this is why many economies try to pursue fiscal as well as monetary easing policies during recessions. Fiscal policy does create debt problems, as many times countries run a budget deficit and have to borrow to cover their expenses, however as we will see, the situation within the EU just might be right for such action.

The European Union and Eurozone economies, with some exceptions, have been rather stagnant throughout the last decade. Economic growth has been minimal, unemployment rather high, the equity markets generally underperformed compared to the S&P 500 of the US. The German yield curve is all but below zero, and while that is a concern, it also raises interesting opportunities for the Euro Area as a whole.

The opportunity lies within the ability to borrow at dirt-cheap costs (in Germany’s case – you borrow – you get paid). So, in this sense, both Draghi and Lagarde are absolutely right. Fiscal stimulus can help Europe immensely in fighting the economic slowdown. Think of it this way: Japan’s Debt to GDP ratio is 250%. Many hedge fund managers have been calling for a debt crisis in Japan for years. However, it has not happened. So, what matters is not only the whole debt burden but also the interest rate at which you borrow. If you can create profitable projects that bring a return of more than what you pay for borrowed money, you will repay your debts in the long run and you will grow.

Bearing this in mind, and also the ever-increasing negative-yielding debt market, why not take the opportunity and borrow to fuel the economy by way of fiscal policy (Euro Area’s Debt to GDP ratio is around 86%)? You will certainly find projects that are more profitable than 0%. While such borrowing is bound to increase the costs of debt in the future, as yields will rise as a result, there is an advantage to be taken of here.

This why I think there is big potential in such a policy. And Lagarde has already mentioned this as a viable option. How would markets react if this were to come to reality? Due to the increased supply of bonds, bond prices would fall, yields would rise. Equities, on the other hand, would rally. This would be definitely a stimulative action that could result in long term growth for the economies. That would also create jobs, and with that, profitability for companies. Moreover, since the European equity markets have been underperforming the US counterpart, there is much room for improvement. Take the FTSEurofirst 300 for example. 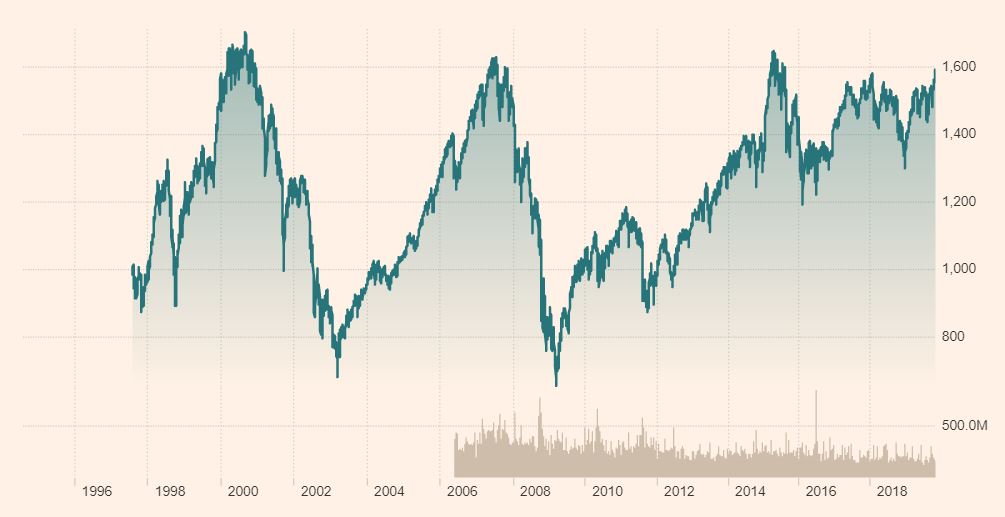 It has not even touched the heights of the two previous tops within the 2000 and 2007 equity rally. Whereas the S&P500 is reaching new highs as of late. There is quite a lot of room for growth.

This also comes with a striking difference between the situation in the US and the EU. Eurozone countries generally have more room for fiscal policy, whereas the US still has some room for monetary easing to spur growth in the economy and the equity markets.

If you want to learn more about similar topics, check out our course on Macro Fundamentals! It’s FREE! So, what are you waiting for, enroll now!