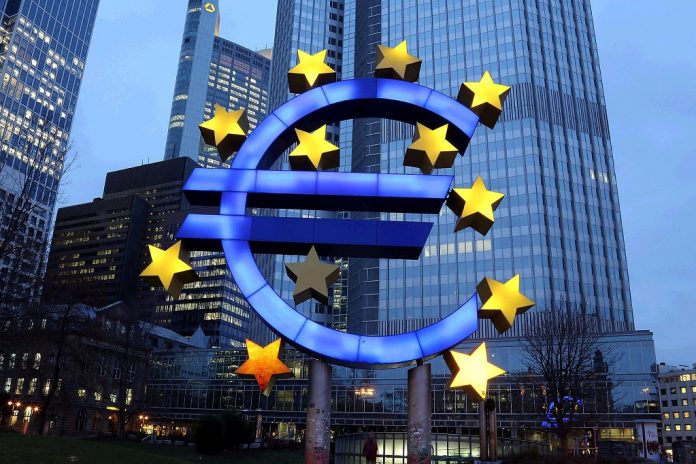 On July 25th the ECB came to a decision to leave the main interest rates unchanged. In their own words, “the interest rate on the main refinancing operations and the interest rates on the marginal lending facility and the deposit facility will remain unchanged at 0.00%, 0.25% and -0.40% respectively”. However, the announcement also comes with some additional language. In a nutshell, the ECB told the markets it’s prepared to use all means necessary to raise inflation back to “close to” 2% territory.

Central bank rates and market operations such as Quantitative Easing (or QE) are an important part of the markets. Such decisions usually have a strong effect on equity, bond, and currency prices. More easing tends to prop up equity markets, lower bond yields and lower the price of the local currency.

In general, the Fed has been more effective with the management of the economy than the ECB. If we take a look at the GDP growth since 2007 onwards, we can see that the US has grown at more than twice the rate of the Eurozone: 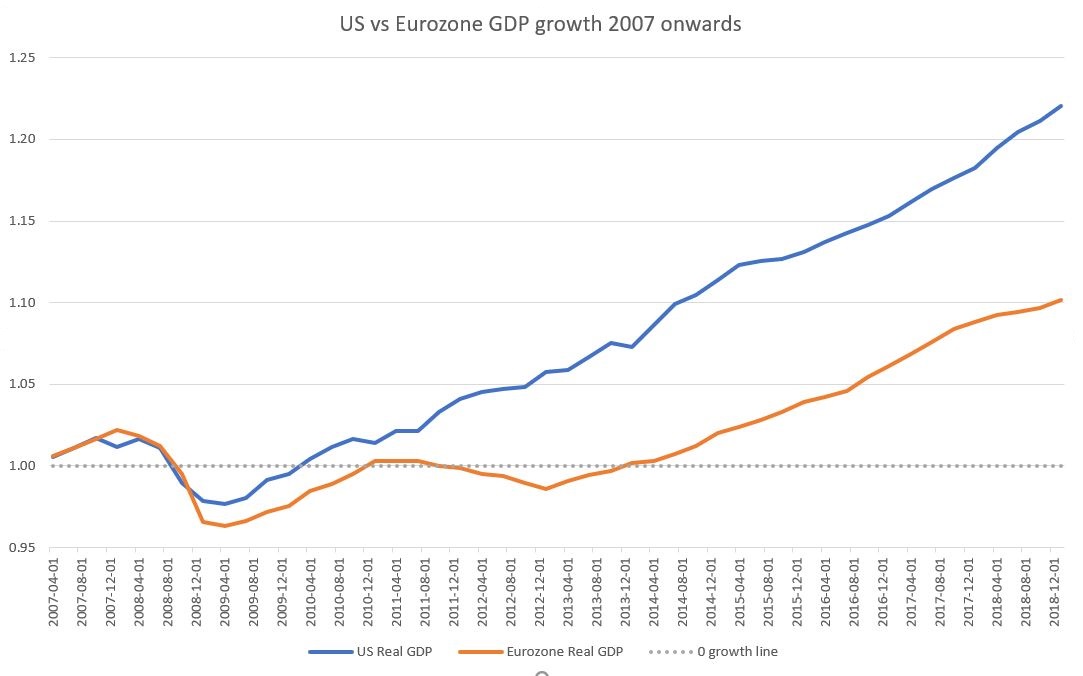 Given this, coupled with the recent sluggish data from the Eurozone, it’s probably no surprise that the ECB has hinted to further stimuli.

The market reaction of EURUSD to the ECB announcement was extremely wild: 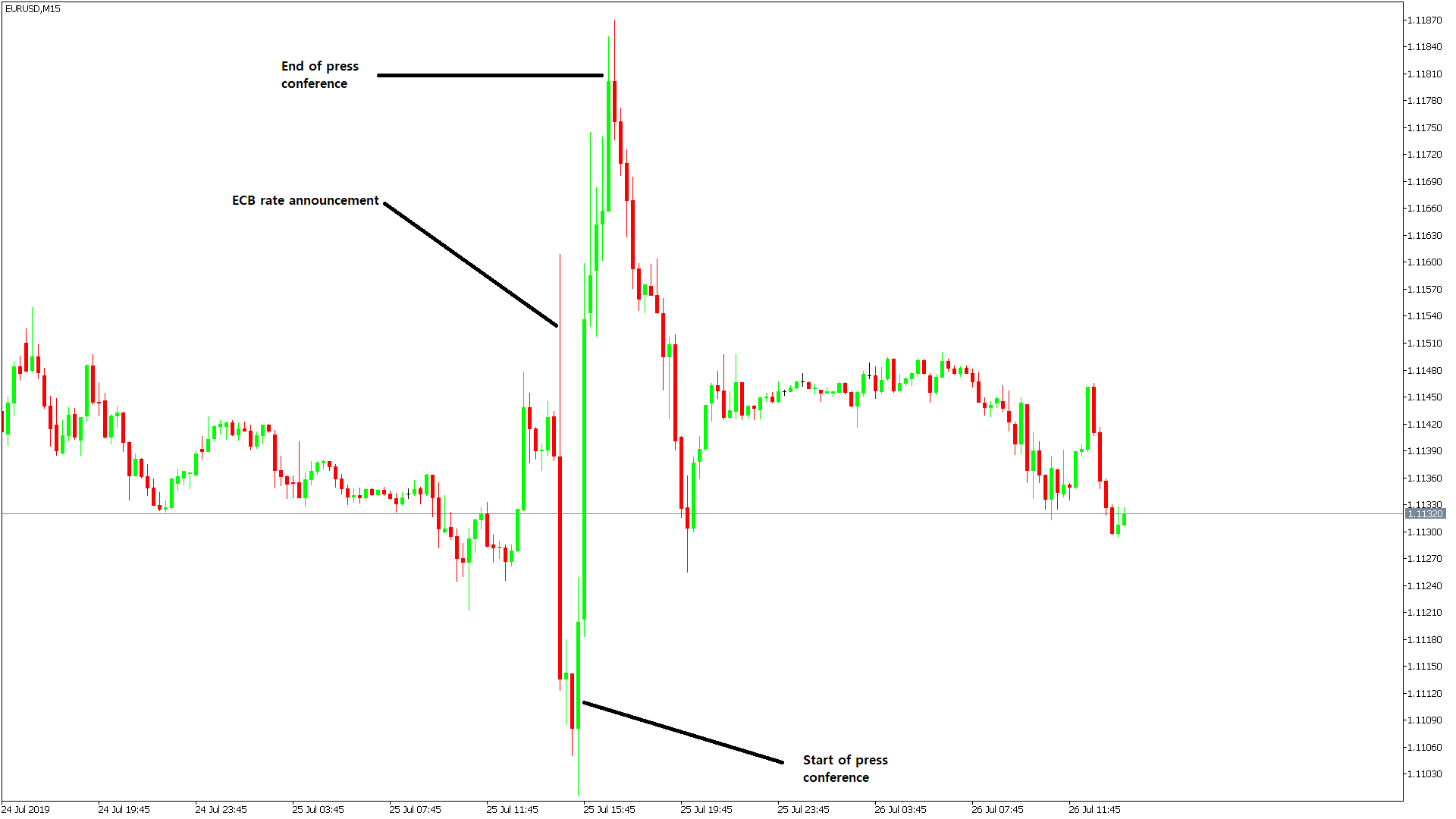 The initial market reaction was a rise in EURUSD – see the spike (market adjusted for missed expectations of a rate cut). However, then most likely the market reacted to the additional statement about the further expected stimulus. Since further stimulus means weakness for the currency, the Euro fell. That said, as the press conference started, the Euro began to pick up momentum again. ECB President Draghi pointed to a lack of agreement between his colleagues regarding the actual measures of further stimulus. This could have indicated to the markets that further easing is not as guaranteed as it sounded. After the conference ended the EURUSD sold off once again, back to the level where it was prior to the announcement.