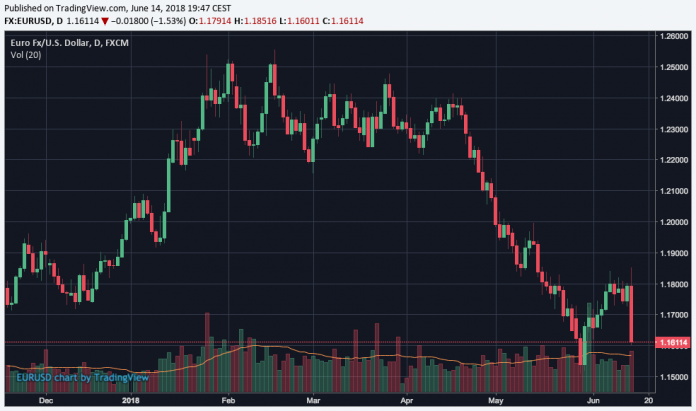 Today, the European Central Bank announced what many had been waiting for since 2017: it announced the details behind the bank’s plan for stimulus exit. The current program is set to expire in September and runs at 30 Billion Euros per month. After September, bond buying will drop to 15 Billion per month going into the end of 2018, at which point Asset Purchases will stop. The announcement first got Euro bulls excited, and EUR/USD moved up to new June high shortly after the release but fell soon thereafter.

Why did the ECB announcement lead to a Euro fall?

The ECB said that it anticipates interest rates staying at current levels “at least through summer of 2019 and in any case for as long as necessary to ensure that the evolution of inflation remains aligned with the current expectations of a sustained adjustment path.”

This is quite a bit more dovish than what markets were expecting. The previous eur/usd exchange rate had been pricing in a rate hike by the ECB with more than 70% probability. After this morning’s ECB release, those odds moved below only 6%. Since then, eur/usd has been declining rapidly: 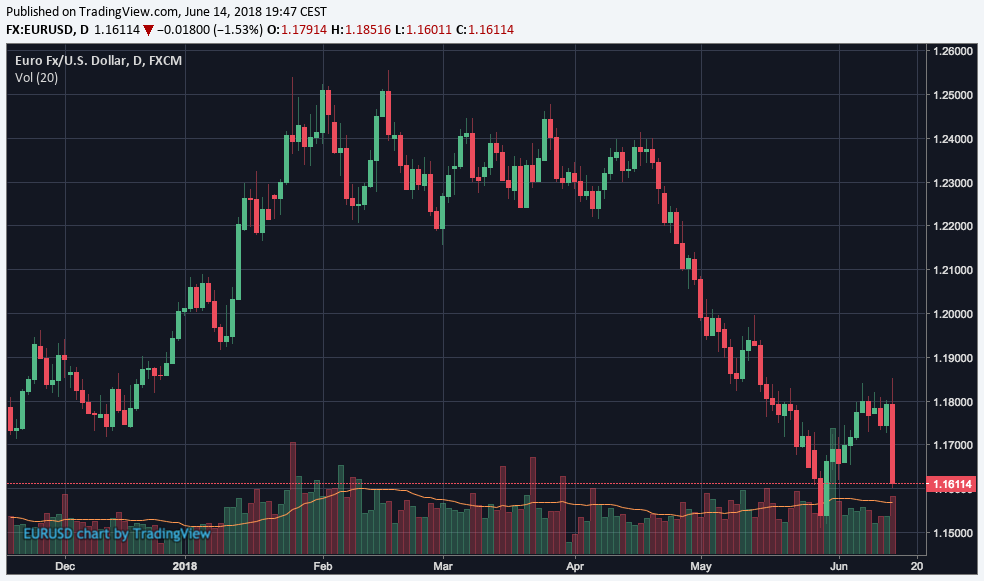 What’s next for the Euro? Bear season?

James Stanley‘s analysis seems interesting in this context. A revival of the downtrend could now be possible: