Chinese consumer inflation is rising at its fastest rate in nearly a decade. Economic growth, however, is at its lowest level in about three decades. Some point to this as being early signs of stagflation. However, others say China is very far from stagflation.

It’s usually the job or the priority of a central bank to fight inflation and accommodate economic growth in the economy. Usually, central banks have an inflation target of around 2 percent. However, sometimes the inflation in the economy can rise above that level, while economic growth slows down. This is called stagflation and has historically occurred mostly due to acute price shocks, namely in the oil price.

Chinese consumer prices rose by 4.5 percent in November, from a year before. 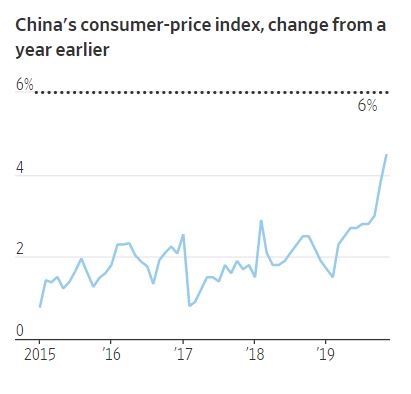 This was mainly driven by the rapid increase in the price of pork. 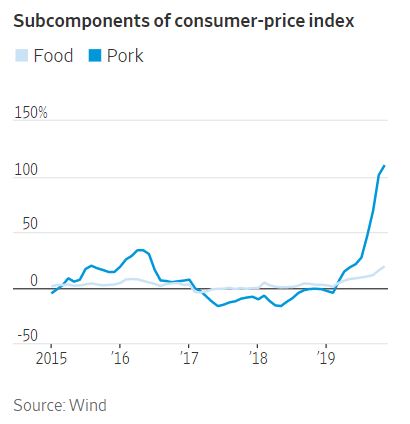 Some economists expect annual consumer inflation of 6% or more by early next year. The surge in consumer inflation comes together with a slowdown in Chinese economic output. China’s GDP is now expanding at 6 percent per annum, as of its latest Q3 reading. That is much lower than its peak expansion rate, which was at low-teen percent level prior and just after the Great Recession. 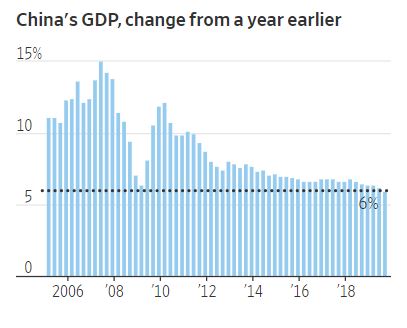 That picture might look similar to stagflation, the toxic combination of stagnating growth and quickly rising prices that plagued the U.S. from 1970 to 1981. At that time, U.S. inflation was around 15 percent, while the economy fell into recession and unemployment climbed sharply.

Despite these apparent similarities, there are many reasons to believe China will be able to avoid such a fate. First, the real GDP growth rate is still good, and more than most economies in the world. Second, its labor market remains fairly tight. Third, stripping out food prices, the country’s inflation rate has so far remained rather steady.

Food inflation in China read at a 19 percentage point increase since the previous year. Such a surge in food inflation has significant negative side effects on consumer confidence. Rising inflation has already dented China’s consumer and business confidence (including the U.S. trade war and mounting debt). The hit to consumers’ confidence could slow economic growth even further. Traders should be wary of this longer term view since China’s GDP growth makes up a significant portion of the total world GDP growth.