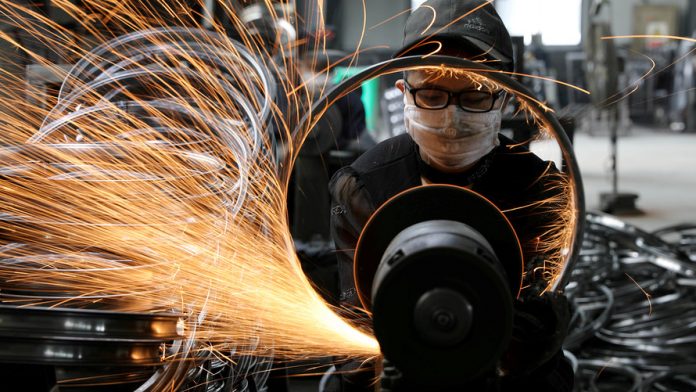 To understand the implications of rising China’s Manufacturing PMI, we need two things. Firstly, much high end manufacturing there is done from imported components thus demand for those will be rising. Secondly, few make things without orders for them. Hence, that means that a rise in production must be matched by a rise in demand. And that signals that demand must be rising elsewhere (meaning globally) too. 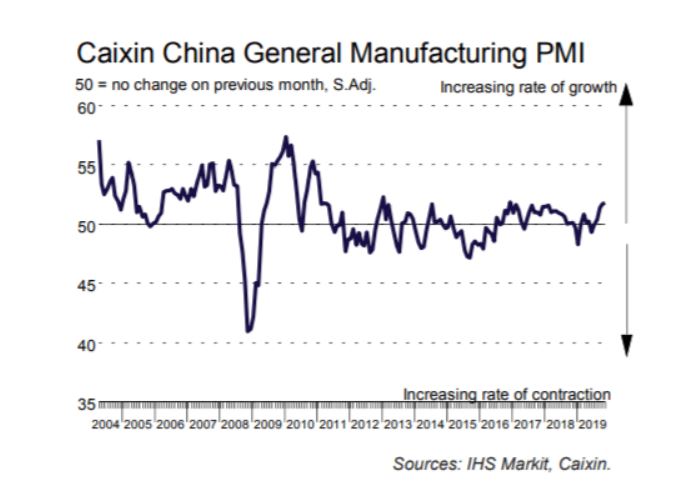 The reading of November was the best headline reading since 2016. With the ongoing trade war between China and the US still in place, this shows that businesses actually expect a deal to be made soon and are investing in expanding production as a potential result of that.

Also, another Manufacturing PMI that was released this Saturday, China’s NBS Manufacturing PMI, also showed an expansion. As per Moody’s Analytics:
“China’s manufacturing activity beat expectations by expanding in November, with the manufacturing PMI rising to 50.2 after six consecutive months in contractionary territory. It was a broad-based recovery with rises in production, new orders, new export orders, and imports. Even though the first phase of the trade deal is still in the process of finalization, this positive news brings cautious optimism.”

Here is China’s NBS Manufacturing PMI as of recent:

The NBS headline reading was in expansionary territory for the first time since April.

For those all but ready to bet everything on a recession coming, this might be a good opportunity to see another picture of the story. Not everything is going wrong, and, as we’ve mentioned in our previous article, the inversion of the yield curve does not necessarily imply a recession is imminent. This should somewhat calm down traders who had concerns about global growth slowing down.