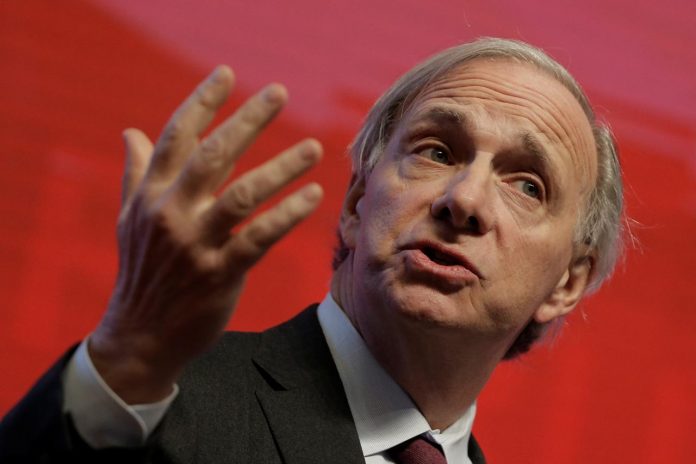 Bridgewater Associates LP, the world’s largest hedge fund by Assets Under Management, has bet around $1.5 billion that stock markets around the world will fall by March. Firms, including Goldman Sachs Group Inc. and Morgan Stanley, would pay off for the world’s biggest hedge fund if either the S&P 500 or the Euro Stoxx 50—or both—declines, by March.

Put options are a bet against the market. That is, they are contracts that give the buyer of the put option the option to sell shares or any other underlying asset at the strike price at the expiration date. In Bridgewater’s case, the strike price, according to sources familiar with the matter, is somewhere around the current levels of the S&P 500 and the Euro Stoxx 50. Hence, if stock markets do fall by March somewhat (to compensate for the price of the put option), Bridgewater Associates will make a profit.

Such large moves by giant hedge funds are usually closely monitored by investors and traders alike, to help predict the market. Such a big move could be definitely a sign that Mr. Ray Dalio, chief of the fund and his team see a big correction in the market by March. However, as we will later see, it just might be a simple hedge against its long exposure to the market.

Bridgewater paid roughly $1.5 billion for the options contracts, or just about 1% of the Westport, Conn., firm’s $150 billion in assets under management, according to people familiar with the matter. That seems to be, to many people familiar with the matter, more like a hedge to an existing long position on the market than an outright “negative view on the stock market”.

Some prominent money managers have also predicted that markets would fall if Sen. Elizabeth Warren wins the Democratic Party nomination or the presidency. Her policies would affect asset prices negatively, and stock markets would fall in the expectation of her winning the election. However, Bridgewater declined to comment on the matter.

The timing of such a big trade and the ever-rising number of put call options contracts opened can lead to some interesting market movements for traders. As we can see from the chart below, the number of S&P 500 put options outstanding, expiring in March has increased significantly in the past few months. 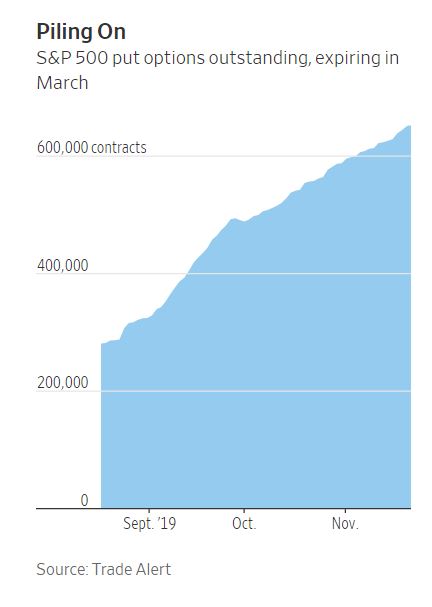 The owners and the underwriters of those put options can definitely close them in the market by taking opposing positions. This would decrease the number of put options contracts outstanding. However, what is usually the case, is that most of them are held until or close to expiry. That means that if the S&P 500 falls by enough margin, put options sellers will have to buy the S&P 500 index shares to be able to deliver on their promise, as put options holders will act to use their option to sell at the strike price. And that can move the market.

However, what usually happens is, if the price of the underlying is trading at close to the strike price of the option, both put options buyers and sellers will try to move the market in their favor, for a profitable outcome. Called “pinning”, it will usually result in options contracts expiring at very close to the strike price. As a result, the effect on the underlying will be muted.

Additionally, since there are a number of different strike prices, also call options, it is very hard to gauge the overall impact of options contracts expiry on the price of the underlying as they expire. It just depends on many factors, and you do need to know how many contracts are outstanding at particular strike prices to have a better guess at that.