Boeing shares rose and approached the $400 level. The stock’s gaining despite a report that the crew of the fatal Ethiopian Airlines 737 Max flight followed correct procedures but were unable to avert the disaster. It means that Boeing is to blame for the tragedy. What is the outlook for the stock?

In recent days, the market has been overly optimistic about the US-China trade talks. This optimism has managed to outshine the problems of Boeing related to the crash of one of its planes in March. It’s also necessary to take into account that a Sino-American deal may indeed help the troubled company as China grounded its 737 Max jets right after the incident.

Despite the temporary calm, it’s obvious that Boeing’s safety problems won’t go away easily. There are serious questions about Boeing’s software and how its planes are certified. The Federal Aviation Administration has created a joint task force with NASA and international aviation regulators to investigate the company’s automated flight control system (MCAS).

At the same time, the company updated the software and it seems to be working. CEO Dennis Muilenburg announced that he made a safe demo flight. As traders have already held Boeing responsible even before the Ethiopian report, the absence of new negative developments supports the stock.

All in all, it will take weeks and months before the regulators accept Boeing’s software fix. Much of the negative news is priced in, yet it remains to be seen how many orders exactly the company will lose. As a result, it’s necessary to look at the stock with caution. 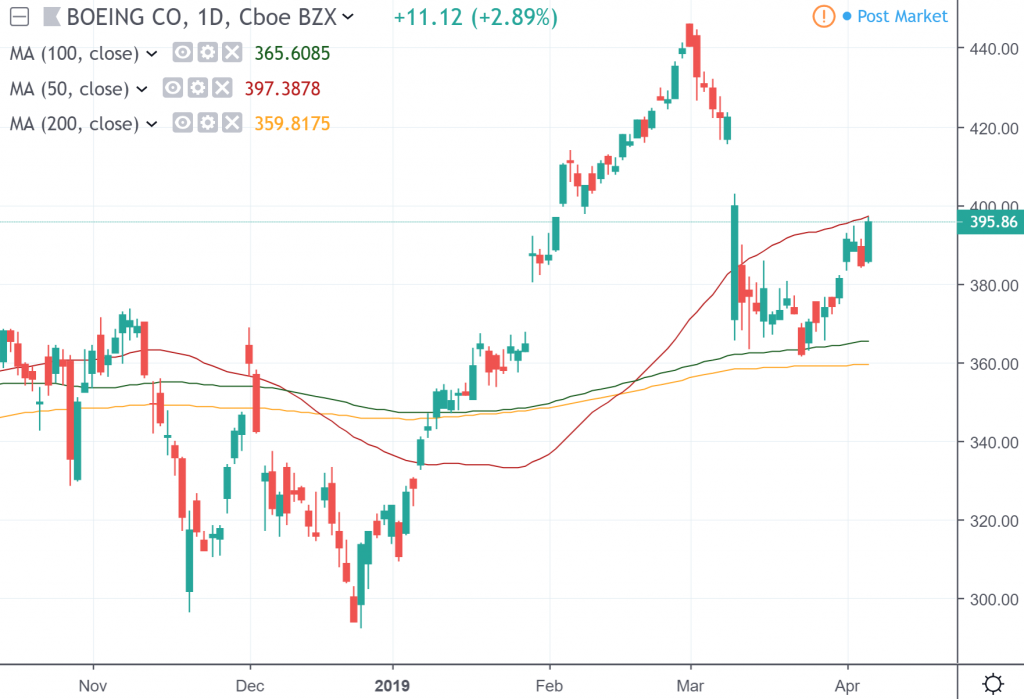