Home Learn to trade 3 Growth Stocks to Watch in 2020 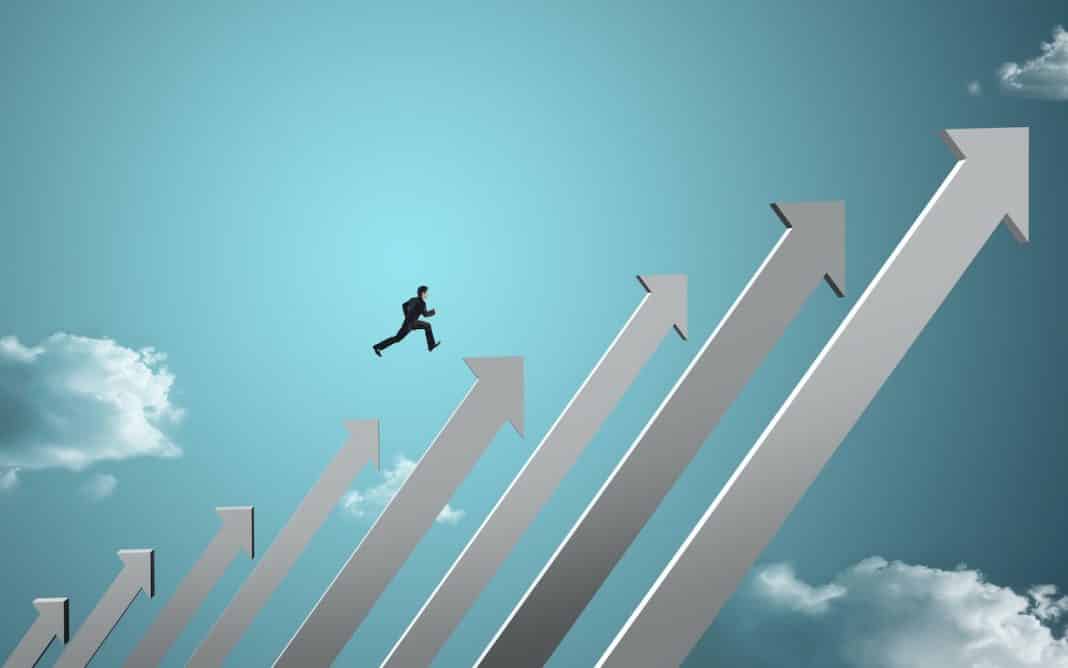 On January 3rd the US launched a missile strike that killed top Iranian general Qasem Soleimani. While oil rose sharply after the news, the S&P 500 index reacted in a much more muted manner. Some even predicted this would be the start of World War III. Others said the conflict would have enormous destabilizing effects on the US. However, the S&P 500 index continues to test new historical highs in spite of the risks involved. Why is that?

While there are many versions and possible explanations, there is one that just resonates very well, bearing in mind the current economic situation in the US. Most will probably agree that one of if not the biggest driver of stock prices is interest rates. That is especially true in the current economic climate where we have interest rates rather close to zero in the US and in many other countries in the world. As money is available cheap, companies are able to borrow at low cost and even do so with the intention to buy back their own stock. That sends additional positive signals for the stock price and we have a very good economic climate for equities and company valuations.

If we look through this lens, the conflict between Iran and the US is nothing but additional uncertainty. What does uncertainty mean in the context of equities? It means central bankers will be less likely to raise rates which would be deflationary for company valuations and stock prices. Hence, more time for accommodative dovish policies and better chances for rallies in the stock market.

Bearing all of that in mind, such a start to 2020 is very bullish for stocks. So, in this article, let’s take a look at 3 interesting stocks that are poised for significant growth in 2020.

Visa is probably one of the safest growth stocks out there. It is the most widely known and used payment processor in the world. Having grown significantly in all major areas for the last 10 years it still offers a good value proposition even today.

First, Visa is an already well-established player where reputation and acceptance are key. Those who doubted the company could survive Bitcoin proved wrong. Visa does not take competition lightly and was among the first payment processors to offer a bitcoin card. As you can see in the graph below, the more Visa increases its revenue, the more its margins, dividends and earnings per share grow. Also, it is part of an industry where margins improve with volume. So, there is a self-reinforcing pattern here. 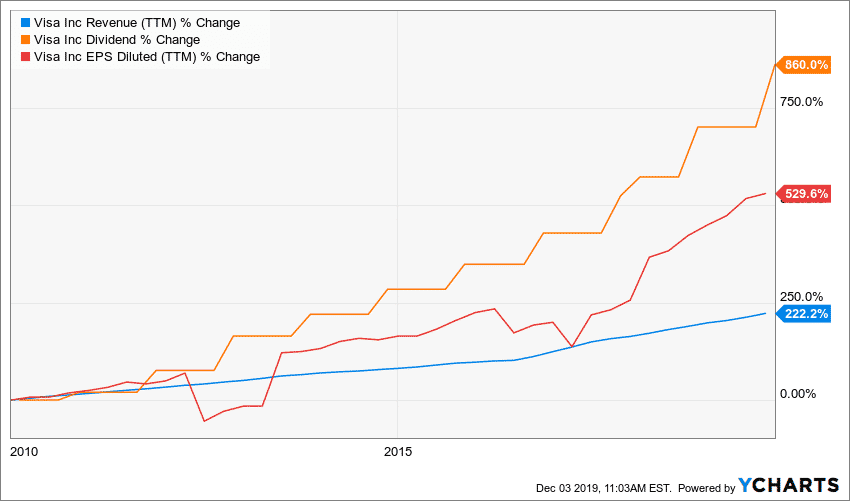 Even if a recession hit in 2020, there would still be more money transferred through cards and digitally than through cash. Finally, Visa can take out any competition by either making partnerships or simply buying them out.

Learn the basics of stock trading in this Free Tradimo Course

If you have missed out on Facebook, you may have a good chance to redeem yourself with Pinterest. If you don’t know yet, Pinterest is a social network that allows users to visually share, and discover new interests by posting (known as ‘pinning’ on Pinterest) images or videos to their own or others’ boards (i.e. a collection of ‘pins,’ usually with a common theme) and browsing what other users have pinned. Pinterest makes money by targeting ads at their users, selling promoted “pins” and click-to-buy shopping ads to businesses and hundreds of retail partners.

While it does not have the userbase or the ad-pricing power of Facebook, all of its important metrics are headed in the right direction. For instance, its userbase is climbing fast. As of Quarter 3 2019, it had 322 million monthly active users, which was a 28% increase over a year. 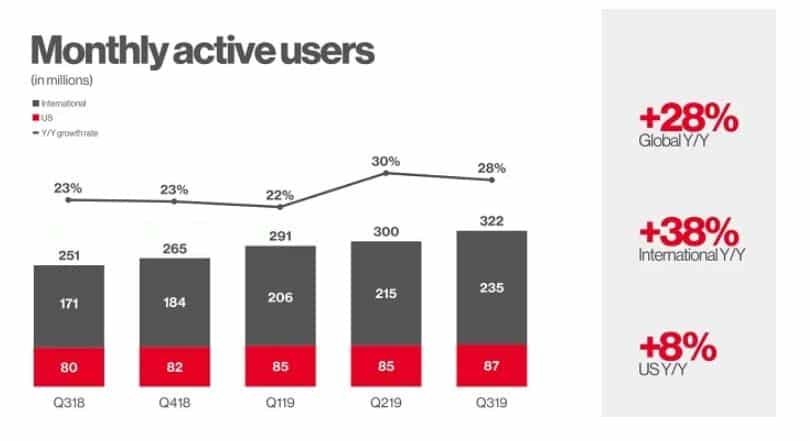 More importantly, Pinterest has made a great decision to put more effort into monetizing international users which is paying off significantly. Its revenue per user has doubled over the course of a year, from $0.06 to $0.13. Additionally, the company’s emphasis on video has increased user engagement. Whereas its expansion of shoppable products on the site is also having a significant positive impact on earnings. Pinterest is likely to turn profitable in 2020 and is on a good trajectory. It is one of the better growth stocks to watch in 2020.

Cannabis stocks had it very rough in 2019. Canopy Growth Corp was no exception. Their shares currently trade more than 60 percent off their 2019 highs. That said, however, such a discount on a quality company can be a great opportunity. While a more risky bet than Visa, it also offers much greater potential. Many analysts expect the cannabis sector, led by Canopy Growth Corp, to make a big comeback in 2020.

The reasons are fairly simple. First, Canopy Growth Corp is a Canada based company. Prior weakness in demand for cannabis in Canada is expected to subside. Demand in Canada is projected to stabilize due to the introduction of vapes and edibles products into the legal market, as well as due to a more aggressive retail store expansion. Additionally, production capacity increases will slow down, which will improve margins. Whereas the Marijuana Opportunity, Reinvestment, and Expungement (MORE) Act (which was proposed to legalize cannabis on a federal level in the US) is expected to pick up momentum. If it were to be legalized, you would see significant growth in this cannabis stock.

In a nutshell, the proposition is that all the things that pushed the stock lower last year will push it higher this year. And low projected interest rates will help sustain the rally of this growth stock.

2020 is poised to be a rather good year for stocks. And as always, some stocks will outperform others. In this article, we have reviewed three interesting growth stocks to watch in 2020. If interest rates remain low, that is going to help stocks remain well-valued this year. Potential risks such as conflicts cause uncertainties to remain present in the economic climate which will likely cause policymakers to hold rates steady, if not push them even lower. This will help growth stocks such as Visa, Canopy Growth Corp, and Pinterest realize their full potential.